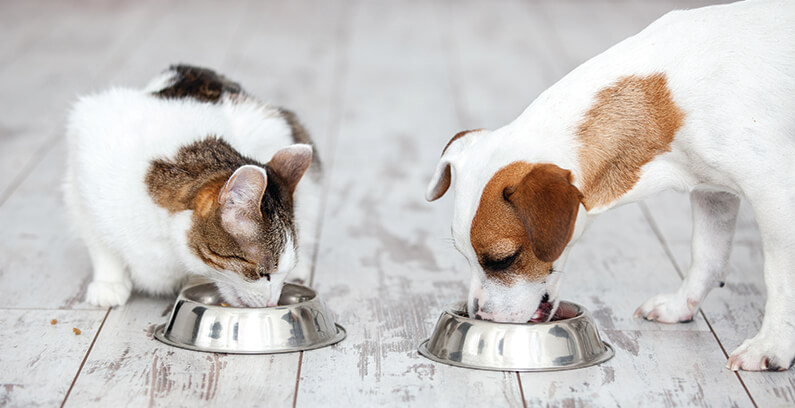 Mycotoxins are toxins that occur naturally, are generated by particular molds (fungi), and appear in food. They can be the source of various negative health effects and can be a significant health danger to livestock, horses, companion animals, and humans. Animal feeds assume a prominent part in the worldwide food industry as they make the production of commodities of animal origin globally. Farms or industrial feed mills can create the feeds in mixtures. The safety of the feed is a given for food security and personal and animal health. Similar to the production of food, feed production also involves in a quality assurance safety system.

Molds that can create mycotoxins in animal feed develop on various foodstuffs, including nuts, dried fruits, cereals, coffee beans, apples, and spices. This mold development can occur before harvest, after harvest, during storage, or on the food under warm and humid conditions. It can exist on the food surfaces, but it can also infiltrate deeply into the food. Mycotoxins hazardous to animal and human health are zearalenone, fumonisin, aflatoxin, patulin, ochratoxin A, and nivalenol/deoxynivalenol. Fusarium fungi are found in the soil and produce toxins such as trichothecenes in the form of deoxynivalenol, T-2 and HT-2 toxins, nivalenol, fumonisin, and zearalenone. Various fusarium mycotoxins associate with particular kinds of grain. T-2 and HT-2 toxins link to oats, zearalenone and vomitoxin most commonly relate to wheat, and fumonisins link with corn. According to Wayne L. Bryden, Ph.D., The University of Queensland School of Agriculture and Food Sciences, the major danger linked to animal feed infected with mycotoxins is the low-level ingestion of toxins that causes various metabolic disorders and weak productivity in animals. It is getting harder to predict mycotoxin existence due to swift climate changes and the feed ingredient trade becoming global.

Research has found that dry grain-based dog foods contain measurable mycotoxins, while dry dog foods free of grains contain no mycotoxins. Wet dog foods, either containing grains or grain-free, do not contain measurable mycotoxins. A danger for dogs and other companion animals is that they have often been fed grain-based foods during their lifespan and exposed to mycotoxins. In one study, a laboratory examined 60 dog food samples for 11 diverse mycotoxins. At least one of four Fusarium mycotoxins occurred in each of four brands of dry grain foods. And for two of those brands, at least one of the three samples examined contained all four Fusarium mycotoxins. 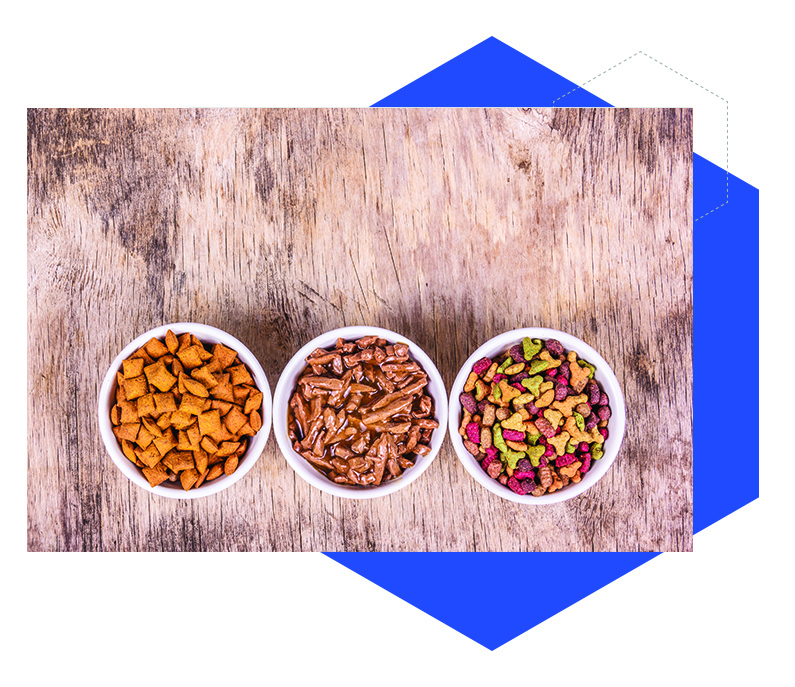 Acute effects involve damage to the liver, gastrointestinal hemorrhage, seizures, jaundice, depression, and anorexia. Chronic low-dose exposure can result in kidney and liver fibrosis, immunosuppression caused by infections, and cancer. Grains integrated into dog food must be high-quality. USDA recommends that one should only use grains rated US No. 1.

One study that examined 64 extruded cat foods from Italy, found the following mycotoxins: deoxynivalenol, fumonisin B1 and B2, ochratoxin A, aflatoxins B1, B2, G1, and G2, zearalenone, T-2 and HT-2 toxins. The most common mycotoxins found were deoxynivalenol and fumonisin. Table 1 in the linked article shows extruded pet food results at risk of contamination in different countries. Some cat foods went over the regulatory limit for aflatoxin B1. Some also went over the European Union guidance values for T-2 toxin, ochratoxin A, fumonisins, and zearalenone. Researchers observed combinations of mycotoxins in some of the samples. One source stated that cats were more resistant to trichothecenes than dogs, but researchers could not locate results from clinical trials substantiating this claim.

Horses are susceptible to life-threatening fumonisins produced by F. proliferatum, Fusarium verticillioides, and other Fusarium fungal species. We can trace both animal and human health difficulties back to eating contaminated corn or maize. This condition is known as equine leukoencephalomalacia. Since horses live longer than many other animals, they are at risk for long-term exposure to mycotoxins. Damage to horses occurs in their central nervous system, hearts, and livers, resulting in infections, brain lesions, and cancer. For horses, the suppression of the immune system can hinder responses to vaccination. 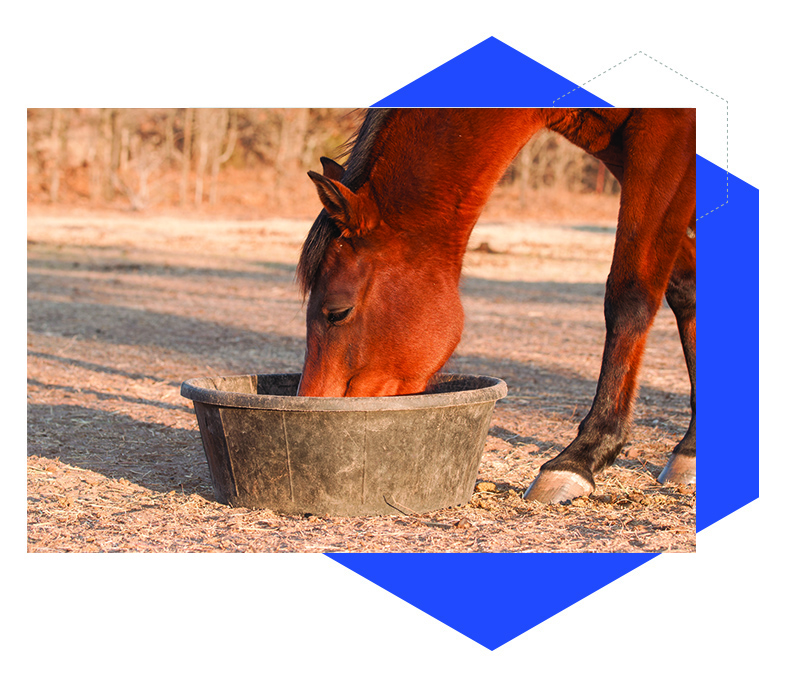 Disease in horses usually occurs two to three weeks after exposure. The two primary disease syndromes for horses are the neurotoxic form (ELEM) and the hepatotoxic form that results in liver damage. They can exist on their own or concurrently. The results of ELEM often occur quickly with clinical symptoms followed by expiration within days or even hours. The less frequent hepatotoxic syndrome can cause death in horses five to 10 days after the appearance of clinical symptoms.

Pigs ingesting mycotoxins over their tolerance level can suffer health and reproductive problems. The mycotoxins that threaten damage to pigs are zearalenone, deoxynivalenol (vomitoxin), ochratoxin, fumonisin, T-2 toxin, and ergot. Zearalenone can be harmful to pigs regarding their reproduction capability. It can show up with vomitoxin in scabby wheat or Gibberella ear rot of corn. If females are fed 60 to 90 parts per million zearalenone for the first 15 days after mating, their embryo stops developing. They can lose the litter, and they may not be sexually receptive or fertile for months. The most dangerous molds for pigs are penicillium, fusarium fungi, Claviceps, and aspergillus. 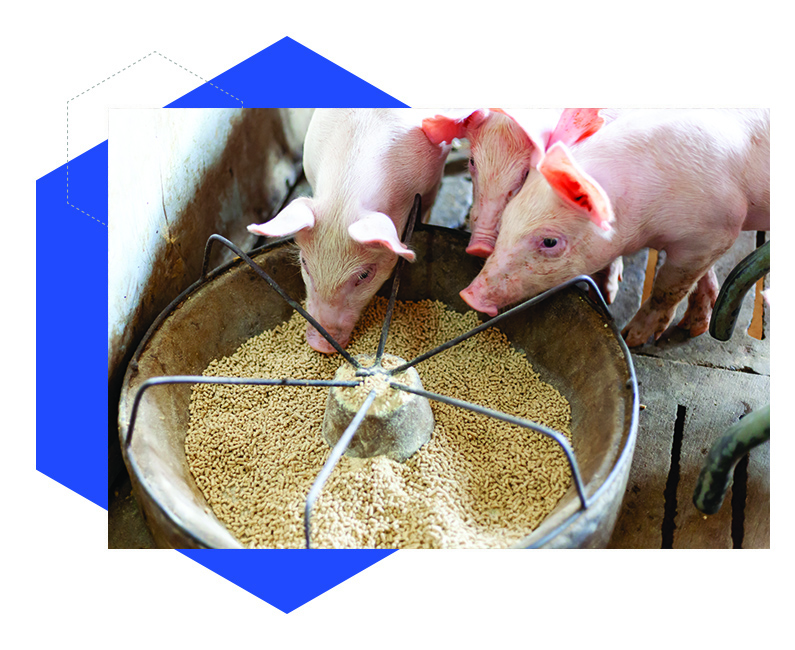 The severity of mycotoxin toxicity in pigs is directly affected by the type of toxin, the level of it in the feed, the pig’s age, and the pig’s production phase. Younger pigs and pigs that are breeding are more susceptible to mycotoxins. Unfortunately, once the grain is infected, there is no way to detoxify the mycotoxins. The key then is to stop mycotoxin production by the proper storage of grains. If there are mycotoxin toxicity symptoms, a feed sample should be collected and sent to the laboratory. Collect random samples from different areas within a feed or batch of grain.

Corn gluten meal is a very common filler in pet food, so it is crucial to test it for mycotoxins. It is a plant-based protein concentrate that comes from processed corn, which is corn syrup with sweeteners. The pet industry uses it as a kibble binder and a cheap protein source. One study performed in Korea investigated the distribution of twelve mycotoxins in corn and corn by-products. The mycotoxins found included fusarium, aflatoxins, ochratoxin A, T-2 toxins, and zearalenone. Fungal strains that produce mycotoxins infect corn during storage and distribution. Corn by-products can also become contaminated by mycotoxins during food processing. Accordingly, stringent management of mycotoxin levels in corn and corn by-products is required to ensure food and feed safety. 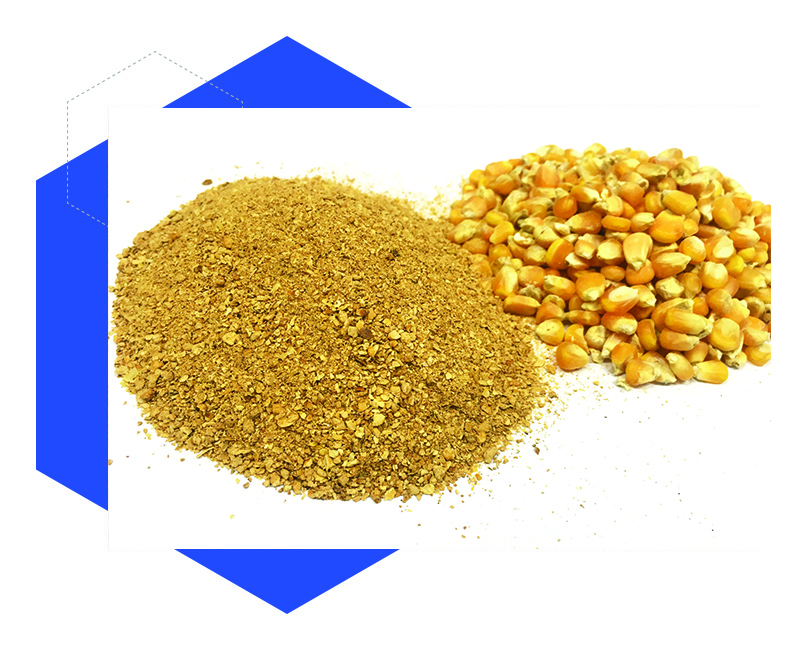 Regarding corn gluten meal in dog food, the protein amount is as important as the protein’s nutritional value and digestibility. Cats cannot digest protein well and consume twice as much corn to obtain the same amount of protein they would get from egg or meat protein. Dry food having corn gluten meal contains 35 to 50 percent carbohydrates. Cats cannot break down carbohydrates the way humans do, so excess carbohydrates in cats can result in diabetes and obesity.

Three primary animal feed categories include compound feed, fodder, and forage. These feed categories are subject to being contaminated by mycotoxins. Compound feed, also known as feedstuffs, are mixtures of different raw materials and additives created for a particular animal. The compound feed can either fulfill the intended animal’s total nutritional requirements or complement other staples of its diet. Fodder is commonly employed to feed domesticated livestock such as cattle, horses, pigs, sheep, and goats. It consists of plant matter such as grains, straw, and hay. Dissimilar to fodder, forage is plant matter cultivated in a limited area to have different livestock graze upon it. Forage consists of alfalfa, oats, corn, grasses, legumes, and various other edible plants.

The prospects for decontaminating animal feed are limited and not economical, making prevention the most practical strategy.

There are various measures people can use to prevent or minimize the health risk from mycotoxins in animal feed. Some of these include:

Since feed production requires a quality assurance safety system, testing ingredients as they are received will prevent problems down the line with the final product. Because ingredients may make up 70 to 90 percent of the expense of making feeds, controlling the ingredient quality is critical in ensuring high feed mill productivity. On-site measurement of bulk ingredients at the point of delivery allows feed mills to separate low-quality ingredients and then reformulate to create finished feeds that satisfy requirements. 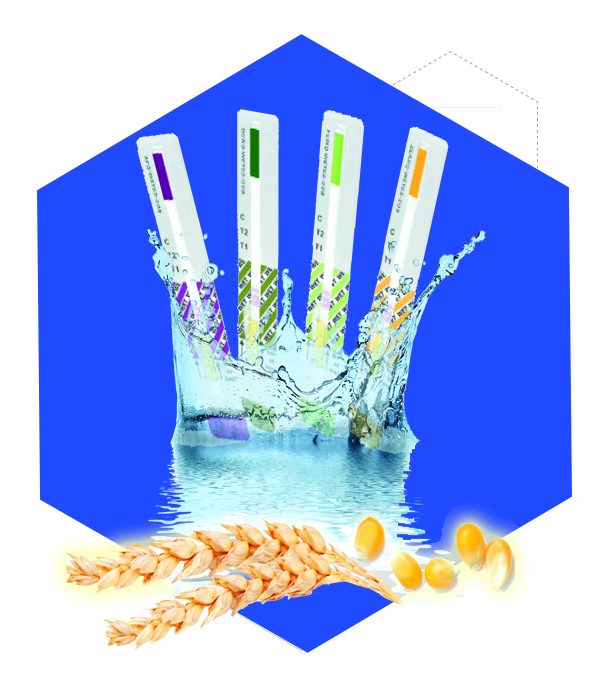 Technology innovations for testing for mycotoxins have introduced a newer generation of tests that are simpler to perform and safer to use. These more recent tests have replaced the extraction solvent, ethanol or methanol, with a water-based solvent. Water-based extraction removes the need for shipping, handling, and getting rid of dangerous materials while testing mycotoxins. These tests use the water-based extract for testing aflatoxin, deoxynivalenol (DON), fumonisin, and zearalenone.

One significant advancement in testing mycotoxins is the capability to test for multiple mycotoxins from the same sample extract. This innovation results in saving time for grain testers and reducing costs.

Animal feed is such a critical component of the food chain and must require the quality assurance of rigorous food safety systems. A significant part of those systems is effective testing for mycotoxins in animal feed.

Charm Sciences can assist you with water-based mycotoxin tests that are safer, faster, and less costly than those used by its competitors. In addition, Charm Science’s tests can even analyze corn gluten meal where most competitors cannot.