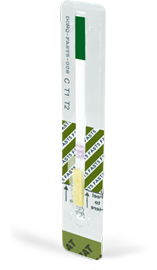 “We are very happy to be awarded this contract to support GIPSA’s vomitoxin testing program,” said Mark Tess, PhD, Mycotoxin Product Manager at Charm Sciences. “The DONQ-FAST5 test is GIPSA approved for 12 commodities and Charm-validated for an additional 15 commodities. In addition to the DONQ-FAST5 test, last month GIPSA awarded us a five year contract to monitor aflatoxin. It has been an exciting spring for us.”

Established in 1978 in Greater Boston, Charm Sciences helps protect consumers, manufacturers, and global brands from a variety of issues through the development of food safety, water quality, and environmental diagnostics tests and equipment. Selling directly and through its network of distributors, Charm’s products serve the dairy, feed and grain, food and beverage, water, healthcare, environmental, and industrial markets in more than 100 countries around the globe. http://charmdev-websitetestlink.charm.com